Using too much oxygen?? 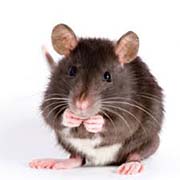 Using too much oxygen??

Geting a bit low on supply, I called my supplier on Saturday for a bottle, to be told that they had put a block on me, as I was having 'too many emergency call outs'. It seems that I have been prescribed 'one hour a day', have been getting through the supplies too quickly and they wanted to know 'what I had been doing with it'!.

Looking back, I have called them every 2-3 days at first ( badbout) and then less often since.And never at 3am!!

Originally,  I was told that a bottle contains about 2.5 hours worth, and CH is classed as a medical emergency and I can call up for supplies 24/7/365.

Am I being a bit thick, or is it not unusual to have to use the O2 more than once a day during a particularly bad period? Or, if after using it it hasnt helped (or I get another attack), then it doesnt work for me and I should abandon it altogether?

Anyone else had this problem?

Very odd!  How big a cylinder do you have?  What flow rate do you use it at?

Its a 10 litre used at 15lpm. The tech data supplied clearly shows a duration of 2.5 hours, so a call out every couple of days would be about right surely? ( I also have a  2Lportable with 30 minutes, but I leave that at my partners house . I wonder if they think that I should be going round there to use that up first, before making the call)?

Miss K, you should have a 2000 litre static cylinder and a 400 to 500 litre portable cylinder!  No wonder you are having to reorder so often!  Can I suggest you call the helpline to discuss? Leave your name and number and calls are returned between 10.00 am and 2.00 pm, or at a time to suit you - state that time in your message.  Please note that calls are returned from a withheld number, but if that call is coming at the time you stated, you will know who it is!

I'm looking at the data sheet and I have an HC10H which looks like a 10 litre tin with 2400 litres compressed in it. (Its all a bit technical for me). So at  15LPM, 2.5 hours is about right. I wonder if someone has ticked the wrong box on their computer and thinks that I'm on 5LPM!! I'm waiting for the nurse to call me to sort it out.

What really annoyed me was that the 'operative' wanted to know  "what I was doing with it". What do they think? Blowing up bloody balloons? Bah!

I'm sure it will be resolved.

I have had a chat with the nurse and they are going to let me have two static cylinders!

Ah! No one tells you these things! I've been puffing away at 15 fo 30 minutes at a time.

I'm hoovering up a cylinder a day and have three cylinders so I'm calling every other day for replacements. Perhaps it's the note of hysteria in my voice but no-one has so much as dared to question why so far. I had the 'blowing up balloons' line tucked away just in case but can't use that now damn you! It's my first time using the O2 and I'm not really sold on it just yet but I'm desperate enough to try just about anything right now.  Let's face it watching the Olympics obsessively hasn't worked either....*biggrin*

Glad its not just me chuffing away like mad at the moment!

My supplier is Air Liquide,so if you get yours elesewhere,feel free to use the balloons line

Glad its not just me chuffing away like mad at the moment!

My supplier is Air Liquide,so if you get yours elesewhere,feel free to use the balloons line

That's a good tip, thanks

I am not an expert and have only had oxygen for 6 weeks but first I stuck sellotape over the little outlet holes on the side of the mask, then after a couple of weeks I removed the outlet valve washer on the other side of the mask and stuck sellotape over these holes as well by doing this I have found that I can reduce the flow considerably, because no oxygen is wasted going through these holes anymore.

Lewis be very careful about blocking holes.  The non-rebreather mask that is used for CH should have to circles of small holes on the nose part of the mask.  Over these holes should be a little rubber'grommet' that flaps open as you breath out and closes as you breathe in the oxygen.  There must be a means of venting the exhaled breath, if you cover all holes then you run a serious risk of suffocation.  The non rebreather mask should look like this: PLEASE BE VERY CAREFUL AND READ THE OXYGEN therapy ADVICE IN OUR RESOURCES - DOWNLOADS  section of the website.