What is Cluster Headache? 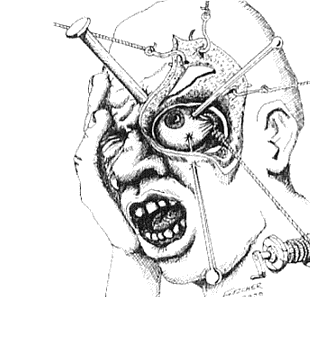 Cluster headache (CH) always involves pain that is one sided (although it can switch sides) and the main defining feature is the association with one or more of the 'cranial autonomic' features normally described as follows:

Although possible, it is very unusual for any of these not to occur in cluster headache. These features tend to come and go with each attack; however, some sufferers may continue to experience the constricted pupil and/or a droopy eyelid, especially after frequent attacks.

In most sufferers the headaches often start at the same time of year and at the same time during the day or night. The pain involved is excruciating and is probably one of the most painful conditions known to humans. Female sufferers have described each attack as being more painful than childbirth.

As few as 0.2% (two in a thousand) of the population suffer from CH, approximately the same number as for multiple sclerosis in the UK. Men are more likely to suffer than women, with an estimated male to female ratio of between 2.7 to 1, although this ratio appears to be steadily declining. CH can begin at any age, but most sufferers are more likely to start suffering in their 30s or 40s.

It is extremely useful for everyone involved to understand the three standard terms used in CH: the cluster headache (or attack), the cluster bout (or period) and the period of remission.

The disease occurs in one of two types: episodic or chronic.  Episodic, the commonest form, means the attacks occur over a period of weeks or months and they then go away for several weeks or months, but they will come back again; CH is lifelong and at present incurable.  Chronic CH, which occurs in approximately 12% of sufferers means that the sufferer has daily attacks over a period of at least twelve months with a pain free remission of four weeks or less in that period.  Some chronic sufferers have gone 25 years with little or no remission.