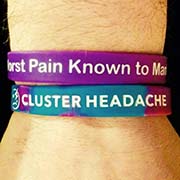 Just read that increased oxygen also increases the chance of cancer. Does anyone know anymore about this?

Love and prayers to all,

So far, I have a 100% record of getting through tough days!

I thought it meant the air we breathe around us having impurities (for want of a better word) in it which are carcinogenic and that it depends on where you are and also the elevation you're at. I havent read in detail about it yet as i had a headache! That's the way i picked it up anyway.

Abstract
In aerobic life, oxidative stress arises from both endogenous and exogenous sources. Despite antioxidant defence mechanisms, cell damage from oxygen free radicals (OFR) is ubiquitous. OFR-related lesions that do not cause cell death can stimulate the development of cancer. This review discusses the effects of oxidative stress at the different stages of carcinogenesis. Mutagenesis through oxidative DNA damage is widely hypothesised to be a frequent event in the normal human cell. A large body of evidence suggests important roles of OFR in the expansion of tumour clones and the acquisition of malignant properties. In view of these facts, OFR may be considered as an important class of carcinogens. Therefore, the ineffectiveness of preventive antioxidant treatments, as documented in several recent clinical trials, is surprising. However, the difficulties of antioxidant intervention are explained by the complexity of both free radical chemistry and cancer development. Thus, reducing the avoidable endogenous and exogenous causes of oxidative stress is, for the present, the safest option. In the near future, new insights in the action of tumour suppressor genes and the DNA repair mechanisms may lead the way to additional tools against carcinogenesis from OFR.

with our heavy use of concentrated oxygen, we could sort this out buy looking to see if cancer incidents   amongst cluster sufferers are above/below/or the national average.

Thanks for clearing that up Phil...

So far, I have a 100% record of getting through tough days!

There was an article on this subject linked on the Facebook group page, and although it was a medical text, it appeared that the cancer risk with 02, applied only if you lived 9,888 ft or more above sea level.  As most of us live well below that level, I don't think its too much risk.  Our research guru doesn't think much of the article.

Edit: A free radical apparently is a molecule with a missing electron.
How thick did I sound?
(Rhetoric. Please don't answer.)