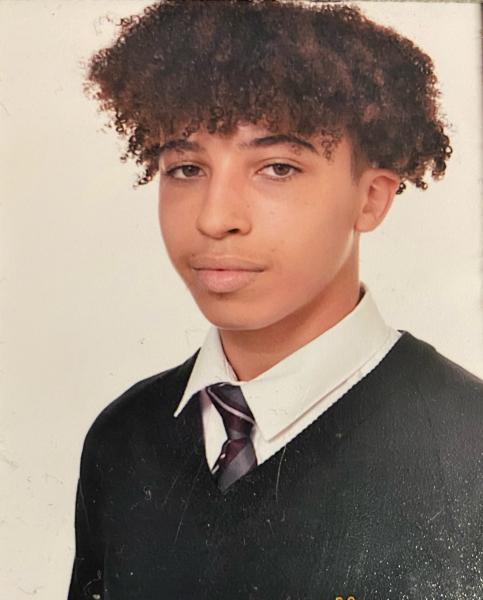 We have the greatest pleasure in announcing that the winner of both the Les Charlton and Mike Pollock awards 2021 is 15 year old Makai Joyce.

Back in December, Makai's grandmother, Sandra Ward, nominated him for the Mike Pollock award, which is presented annually in memory of our late, much missed Chairman. This was her nomination:

"As a long term cch sufferer and OUCH member, I would like to nominate my grandson Makai Joyce for this award. My daughter, his Mum, Sophie, is also a chronic cluster headache sufferer with mental health problems too. Makai is the eldest of her 4 children at 15 years old. He has grown up helping Sophie with her oxygen treatment and looks after his younger siblings amazingly when she is having an attack. Sophie is a single Mum so he has taken on being the man of the house - one of his brothers is autistic and one has ADHD, so they are a handful. Despite this, Makai has turned into a bright, kind, helpful young man and I am so proud of him. He has smashed his mock GCSEs after months of lockdown when his mum was really bad and his siblings were all at home. In a very chaotic household he remains calm and supportive and I would love it if he could be recognised for being the supporter he is."

The winner of the Mike Pollock award is usually chosen by the CH community. However, the board of trustees was so impressed with the support Makai provides for his family, it was decided he should receive an award in time for Christmas. We were already considering suitable candidates for our Les Charlton award, chosen annually by the trustees in commemoration of the great man. The closing date for the Mike Pollock award nominations was not until 15th January, 2022, so we decided to present Makai with the Les Charlton award, as well as a special edition framed Mike Pollock award for meritorious conduct.

We feel that Mike and Les would be very happy to have jointly recognised and rewarded Makai's outstanding commitment and caring attitude to his family.

Congratulations to this very special young man and best wishes for the future.