Still struggling with turning on oxygen / finally got appt in London 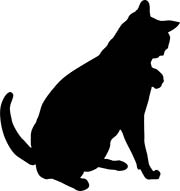 Still struggling with turning on oxygen / finally got appt in London

Have spent since start of August unable to turn on oxygen the company gave me a clip that goes over the flow,but this was useless as less room so couldn't turn on on the flow.So then they tried the keep it on the 15 ltrs & just turn it on on side which was working till my hands got muscular fashiatius which when at worst cant pick up anything up or cook or hold a drink,so have to keep a drink in fridge with a straw food great for diet.but also now have right shoulder is so bad cant lift it above my head also means can't use both crutches,down side from August till now end October have had the oxygen & injections there but unable to hold pen to inject but am only just managing to work out how to inject.As left handed I normally used my right hand with hand & shoulder that is now not possible so trying to learn with left which is difficult,but the oxygen is harder oxygen company say there is nothing other than clip on top no handle that I could clip to turn oxygen on & off.So had some very very very dark times having the injections & oxygen & nasal spray which been hard to open had to call warden they would turn on oxygen but then only sometimes be able to stay long enough to turn it on & off after i needed it.So when they had to go they would have to turn it off before they left even if still needed it would not open nasal spray or even just hold then pen so I could push as they said cant administer medication,so having the cure next to me but unable to use it has been hell.Have had some bad nights & mornings of smashing my head off the wall so bad have lined wall with pillows to stop myself from doing it,have just sat screamed cried I just wanted to turn on the oxygen.I know wouldn't be able to put mask over my head due to shoulder but could hold mask but when you see injection pens & oxygen all there its so bad having help that you can't use it,been through months of hell normally have regular deliverey of oxygen still have last deliverey from August.So if there is any advice from anyone PLEASE HELP its hell hoping to speak to oxygen nurse but last time had no idea on how to help,so am close to breaking point,fact turned bed into a pillow protected place the head smashing never thought would do again but have been desperate am lucky have been able to scream & shout as no one can hear me.I didn't want to come on here & do what I have do which is just moan but feels so good to get it out of system wish there were other Sufferers near by so could maybe set up a local support group,as feeling very alone didn't want to call help line as I know I can talk a lot & didn't want to do that as Colin can vouch for I can talk hind leg off a donkey but when your alone with no support when you get the chance you use it.This is why wanted to set up a local group the only good news is have my first appoiment in London at end of November if I can get transport,after the last ambulance transport which nearly killed me & had no seatbelt on stretcher & they had no understanding of clusters headaches.So hoping I can get to appoinment am sorry for this post but as my shoulder is getting worse hoping to get a appointment to get it looked,at as for my hands just get told freeze spray anti Inflammatory gel & physio exercises with no idea when or if will get better.This with the inability to use the medication I need am feeling very low am not going out much but told oxygen nurse who wanted to do study on how much oxygen I use,as expensive want to start again & start diary from November as hoping might get a tip from here so can start diary oxygen use so that I can start to live & have a better quality of life & not feel so alone & in a dark place as my family are of no support & yes i know its daft but have been lucky my cats have been giving me lots of cuddles.Amethyst

So sorry to hear of your struggles still. I am wondering if an assessment by Social Services of your current needs would be the thing to do as clearly your quality of life at the moment is very poor! They can get an OT (Occupational Therapist) involved who may be able to find gadgets that actually work for you to help you with the O2 and injections.

Although this has nothing to do with headache it has to do with independence........  Sadly I lost my Dad earlier this year and he was stubborn but conceded to an assessment for which he ended up very grateful for as they got all sorts of help for him. Might be worth a shot. hang in there and phone the Helpline if you need to.

Thank you Liz for your kind words have an OT on & off since 1995 due to my disabilty have crippling osteo arthritus in both knees & its in operable but she has nothing & no ideas on how to help says nothing she can do to help me,still waiting for a social care assessment as they got rid of all adult social workers so there are now no support networks.So at the moment the oxygen company have nothing my OT has no idea & the oxygen therapy nurse says no idea how to help so there is nothing can buy my bottle openers etc that help but nothing on market to help with this,so might just have to put up with this & be great full for days when can get relief as my friend who works in a disabled adaptions shop says nothing on market but asked to look again to see if something that might have a double use till then its carry on as I am.