After being postponed and cancelled several times, I was finally admitted into CCU in Poole hospital for my lidocaine infusion on Monday 28th September.

The infusion itself was lidocaine hydrochloride, and I only met one nurse during my week stay who had used it before, but she'd only used it for cardiac purposes.  Noone else except my consultant and his team had ever heard of it.  Even other medical doctors and some nurses were popping in to have a look at it and ask some questions.   When I wasn't actually having an attack, I didn't mind, and I took the opportunity to educate them as best I could.
I was admitted to the Coronary Care Unit which is a special unit with just 8 beds, and Excellent staff.  I had printed and taken some of the downloads from OUCH with me and every single one of the nursing staff took time to read it, and to spend time with me, sometimes giving me my tablets, or changing the infusion but a LOT of their time was spent just sat with or nearby me while I had an attack.  And that is just amazing.

I was monitored 24 hours a day with ECG, blood pressure, heart rate etc from the Monday when I went in, on the big screen TV in my private room but the infusion actually started about midday Tuesday.  By around 8pm tue, there was no change in my heart rate which was good news as the drug can cause profound bradycardia.  The down side of being monitored like that was that I was literally tied by all the wires to the bed, so it was very difficult come toilet time.  I mentioned this and Then I was allowed the use of the one mobile telemetry unit in the department.  Which is basically like having the ECG wired to your chest but attached to something not much bigger than a mobile phone instead of a 30 inch tv!  And it transmits all your ECG data in real time to the nurses station.  They did warn me to go careful with it because it cost £40,000!!!

Anyway, the infusion ran for 72 hours and was a total volume of 4 LITRES.  That's a lot of anaesthetic.  Each day I kept saying nothing has changed, the headaches are the same, I feel the same.  The doctors had expected me to experience at least something.  Even if only a side effect but I got nothing at all until the final 8 hours of the infusion.  It was at 01:00 on the Friday that the nasty side effects finally kicked in but it was as if they made up for the lost time where nothing had happened.  I had hallucinations, something I've never had before.  I saw thousands of multicoloured little birds lit up and flying around my room.
Between 1am to 7am I had my 4 most graphic disturbing horrible nightmares I have ever had.  During all that I was still getting my attacks and I think I got a total of about an hours sleep.
I had to get up frequently to walk to the toilet through the night and each time it felt like I was getting slightly more drunk!
I told the nurses about all the side effects but the doctors wanted it to run to the end if I was happy enough to try it.  They were hoping there may be slight hope of good effects occurring too by finishing the last couple hours of the infusion.
I agreed to let it run but to be honest I had already resigned myself to the fact it wasn't working.  Exhausted, really dizzy, nauseous, with the attacks going on and the infusion about 2 hours from finishing, I sat and cried for the whole remaining time.

After I'd run out of tears and got my head together a bit, and after I had been disconnected from the drip, At about 10ish on my walk back to the bed I nearly passed out, had it not been for the quick thinking of one of the nurses, who saw me going, and very luckily had a commode she scooped me up with!  Lol.  Straight back to my bed where I laid flat for ages.

The plan had always been to run the 72 hours then stop it whether successful or not.

I think his statistics may be off a bit, but my consultant, said that it works for 80% of people.
For me, it didn't.  So I'm rare.  Tell me something I dont know!

I've been discharged with a drug that no one seems to have ever heard of - zonisamide - Even the hospital pharmacy only had 14 tablets altogether so I have to go to the GP to get a prescription for more!  I have to continue the topiramate but they are going to wean me off it slowly.  They've also prescribed zomiclone to help me sleep better.  Worth a try I suppose but it's all going to cost a fortune.

I asked them to clarify while I was there, whether I have cluster headaches as well as sunct, and it seems I do, and maybe also tension headaches too.

So the infusion that I had pinned all my hopes of getting better on, has failed and the realisation that these headache attacks are here to stay after the infusion didn't work, has hit me really hard

I was discharged the afternoon of Friday 2nd, feeling utterly drained, but knowing the next day was my little girls 8th birthday so I had to put on a fake smile for the day.  We managed, somehow, but it has all become so tough now

Anyway, it's 4 days after I left hospital now.  I seem to be having more sunct attacks than before I went into hospital but I thought I'd share my experience anyway.
I'm still on the topiramate 100mg, but also on Zonisamide 25mg which I have to build up to 300mg in 25mg increments.
Is anyone else on zonisamide ?

Tony .....not tried that one but had some terrible bad effects from epilepytic drugs 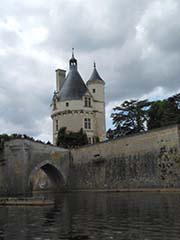 What an experience! I was blown away by your description. I hope you are feeling more on a even keel again this week. I have chronic SUNCT and I too have been offered IV Lidocaine but I think it will be my very last resort.I take Pregabalin and Amitriptyline but have first GON nerve block booked for 30 Oct then maybe Topiramate.

Prof Goadsby told me it is a functional problem with the brain and parasympathetic nerves. Its not a disease to be cured as such. Lidocaine may be more of a reboot??

It was really hard to have my GP tell me there might be no 'fix'. Stay strong but remember you don't have to be a hero, only human.

becareful with Topiramate depresion is a side effect for some, but very helpful for others.

with me i drifted into a depression with knowing lost all conversation would just sit all day thinking about my background headache all the time, lost interest in everything, lost appetite for food too, never helped clusters, it was only when others pointed things out i realised, after stopping this med depression lifted.

Hi Thanks for the tip. Lamotrigine is the other drug I think they might suggest. I am hopeful about the GON block so will see what that does first. I developed this after elective dental surgery so beat myself to a pulp over it and had more than a year counselling/therapy before I was even told it was a nerve problem - by my GP! I badgered GP to refer me to Prof Renton, trigeminal nerve guru and then saw Prof Goadsby and his resident at the Facial Pain clinic at the dental hospital. My sister works at Lewisham hospital and she said you really need tertiary level, teaching hospital care and she was right! Prof. Renton knew what was wrong with me straight away yet everyone else thought I was an oddity (I am but that's another story). The Migraine Trust say GPs get 4 hours headache training!!! L

Any more (positive) tales of IV Lidocaine? I am now awaiting an IV Lidocaine infusion for chronic SUNCT at KIngs but I hear bad things about unwanted neuropsychiatric effects such as hallucinations/psychosis. I need some good news about it as a treatment option because Topirimate did indeed make me feel like cr** and I had to abandon it.

Hi there .I tried zonisamide but took a severe allergic reaction to it .I developed severe allergic conjunctivitis and couldn't see for three days .I've suffered 10 years with chronic cluster and on Thursday for my first occipital nerve block .Friday and Saturday were awful but today seems to be better with very little pain .I take leviteracetam and pregablin oxygen and sumatriptan .hope the zonisamide works for you

I waited for 3 years for Lidocaine infusion for chronic SUNCT and when I phoned before leaving on the day for bed availability, there wasn't one! So back to the end of the queue. Feeling a bit dejected today. How do others cope with all the delays and disappointments?