"Pain and Isolation" a powerful depiction of cluster headache by a talented sufferer, Oscar Nolan.

Hello everyone, my name is Oscar and I was diagnosed with episodic CH in June2020. It felt like awful timing as it was in the middle of my A levels. But of course there is no such thing as a good time for a CH episode.

I was forced to take some time off school for various periods throughout the year and found that certain medications made it hard for me to work or concentrate. However, I found that in between attacks, painting was a perfect way to direct my energy and time. With my favoured subject of painting being portraiture I decided to see if I could portray something close to the feeling of CH in a painting.Obviously it is difficult to convey the extremity of the piercing pain felt during an attack but I decided to give it a go.

I represented the stabbing feeling through the tortured and contorted flesh and the stress and restlessness of the rest of the body through the rigid and tensed limbs. The bright colours of the skin were chosen to emphasise the heat and the flush felt during an attack. Whereas in sharp contrast the surrounding background has a lack of detail andjust one colour. This hazy background highlights the sense of isolation during an attack. It conveys the feeling of everything else merging into a blur as the pain takes the spotlight, almost as though you are underwater.

I find painting to be a really good way of dealing with my CH and highly recommend taking up a form of art as it can be very therapeutic.

Have you got a story or poem you would like to add here?

I'm G, clusterhead since 2008. Diagnosed in 2012.
I'm a photographer and an IT engineer.
I've been a OUCH member since 2017 and joined a few conferences as well as remote zoom calls through the years.
I'm introducing a new artistic project of mine that has been announced today:
---
Today, March 21st marks the second day of spring and it’s also the Cluster headache awareness day.
Me and many others have the privilege to be the chosen ones by the Beast!
About 1 in a 1000 are experiencing one of the worst pain known to humans and yet so little is known about the condition.
My latest mixed media project “When the Beast knocks” is exhibited at the Muxima art space in Bow, East London from this Wednesday 23rd until Wednesday 30th.
A private viewing is happening Friday 25th @ 7pm, you can rsvp with the following link:
https://www.eventbrite.com/e/when-the-beast-knocks-cluster-headache-exhi...

It would be fun to see you there and it would be my pleasure to share my latest artistic project with you!
--- 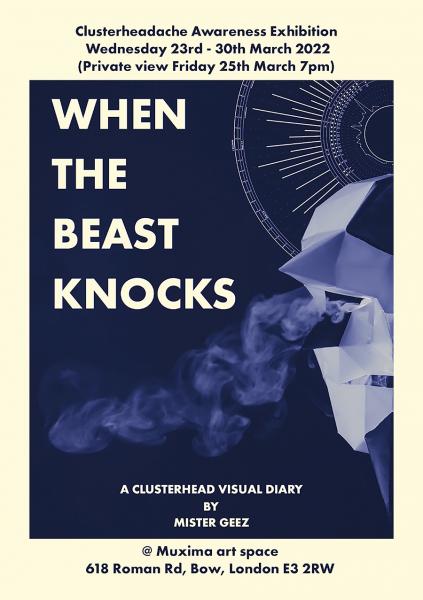 Hope to see some of you there and happy equinox day!

Great! I have a prior engagement otherwise I would have joined that but will be in the theatre. Have you shared this on social media? The more awareness the better.

Cluster Headache Awareness Day is an opportunity to focus on what we go through but also a chance to show people there they are effective treatments out there that can be used to help us control our pain. 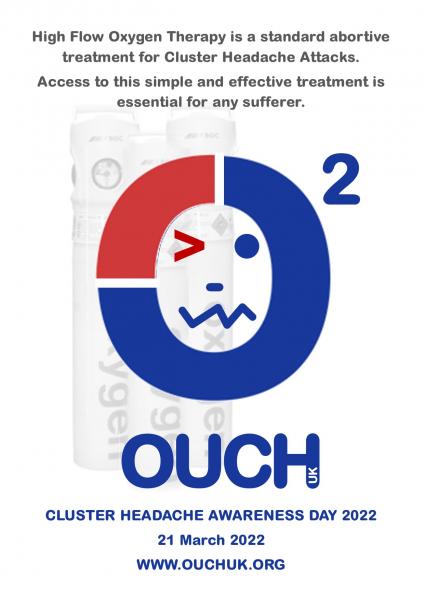